Updates Of The Literary Kind!

Hey everyone! I haven't done an update in a while and I thought I was due!!

1) Symphoni is coming out on March 15th and now available for you to add on GOODREADS so make sure you do! I'll be adding a Goodreads contest just after the release and im not sure how they pick their winners but I know it cant hurt to already have it on your lists right? *big smile!*

2) My current Work In Progress (WIP) is now titled "Dragon's Revenge". It may change again (was Dragon Queen before) but for now that's what it is. The story follows Kaida, Princess of the Dragon Kingdom and head of the Royal Guard, on her quest for revenge against those that came for her family. Don't want to give away too much yet but I think you guys will love it! In fact... here's a quick snippet to get you guys all hyped up about it!

The alarm shrieked through the air and Kaida was immediately on alert, yanking up her axe as she turned to Micah. He nodded and tossed her his own axe, drawing his sword from its sheath with one swift pull. Together, side by side, they tore through the forest at top speed. Kai felt the adrenaline pumping through her body and she gripped the handles of the axes tight, the thick wood and heavy metal of the blade giving her reassurance as she dashed for the village. Micah’s breath was strong and steady beside her, driving her forward as she rushed onto the cobble-stoned streets of the village. Everything seemed too quiet; no one scrambling around as the thick black smoke billowed into the air. Kaida felt herself on edge.

A dripping sound coming from the sweet shop drew her attention and she looked at Micah, nodding before moving towards the door. The scent of blood was thick in the air, the black smoke making it nearly impossible for her to see as she stepped through the doors though it didn’t mask the horror inside. Missus McClathery lay dead on the candy counter, her body twisted and bent at odd angles. A pool of urine trickled down the sides of the glass top, dripping on the stone floor. Kai felt her heart squeeze but pushed the feeling away as she backed out of the shop, her attention now turned to the Castle.

“Micah,” She whispered to him, not wanting to meet his brown eyes. “My Father.”

“I know.” They didn’t need to say anything else as they rushed through the village, their steps silent on the stone road. A swift movement to the left was the only notice Kai got before a man came sailing at her; it was the only notice she needed. She spun to the right, swinging one ax upward just as the man reached her and sinking the thick blade right below his ribcage. The man howled, thick black blood oozing onto her ax as he jerked around for moments before Kai sliced the second ax through his neck. There was a moment of silence, neither Kai nor Micah moved as the man’s head soared through the air and landed with a sickening thunk down the road.

3) For the month of March, I will be doing a NaNoWriMo style writing challenge. I shall strive to complete 50,000 words by March 31st!! Want to grab a WIP of your own and join me in my quest for novel completion?? Come on!!!

4) Theres a special surprise in Symphoni! As many of you may know, I wrote a prequel to Symphoni titled Legend! It follows Legend and Symphoni's relationship before Greg came into the picture! Well, in the back of Symphoni is a special sneak peek!! Thats right! When you order Symphoni (March 15th!!!! woot!!), you will get some awesome insiders information into the mind of Greg's Archenemy (he said it. lol)!

5) Got some awesome swag!!! So make sure you stay tuned for ways to win! 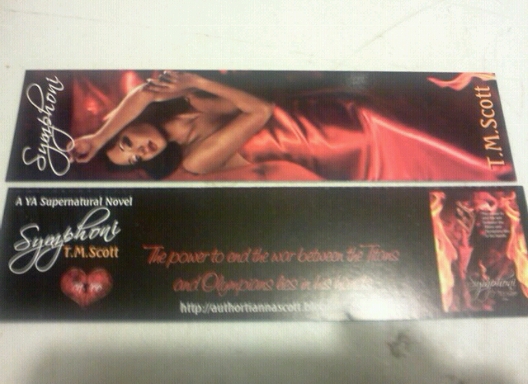 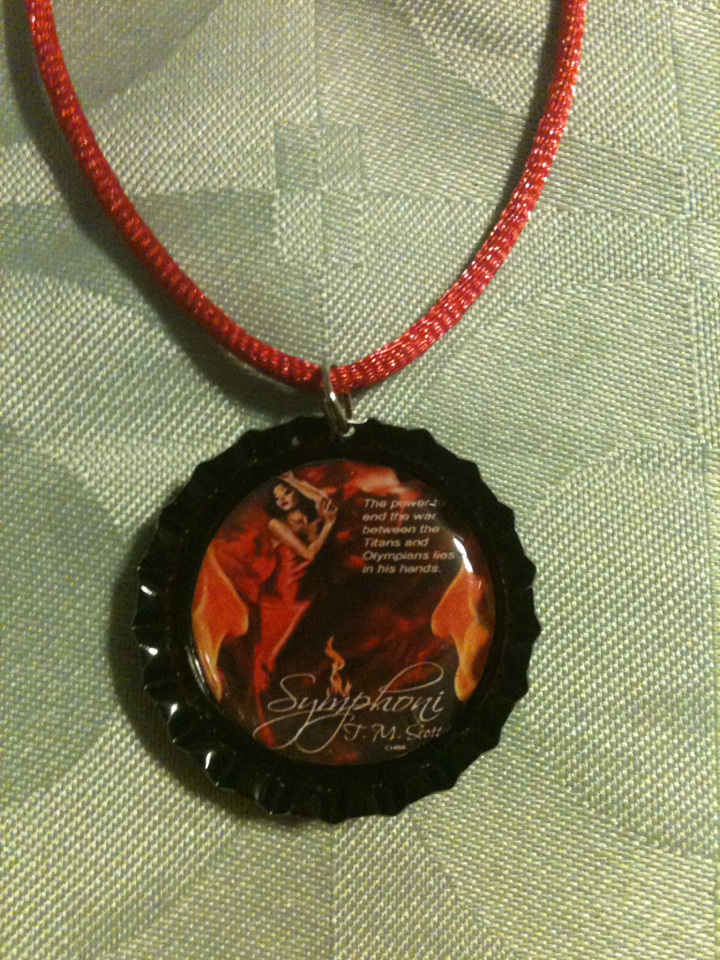 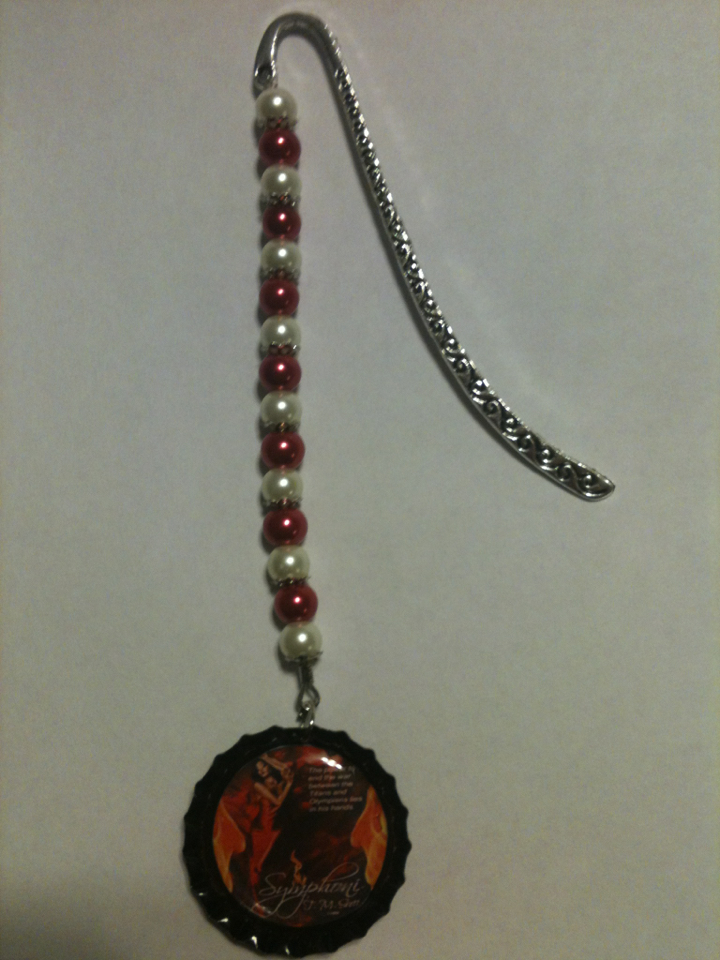