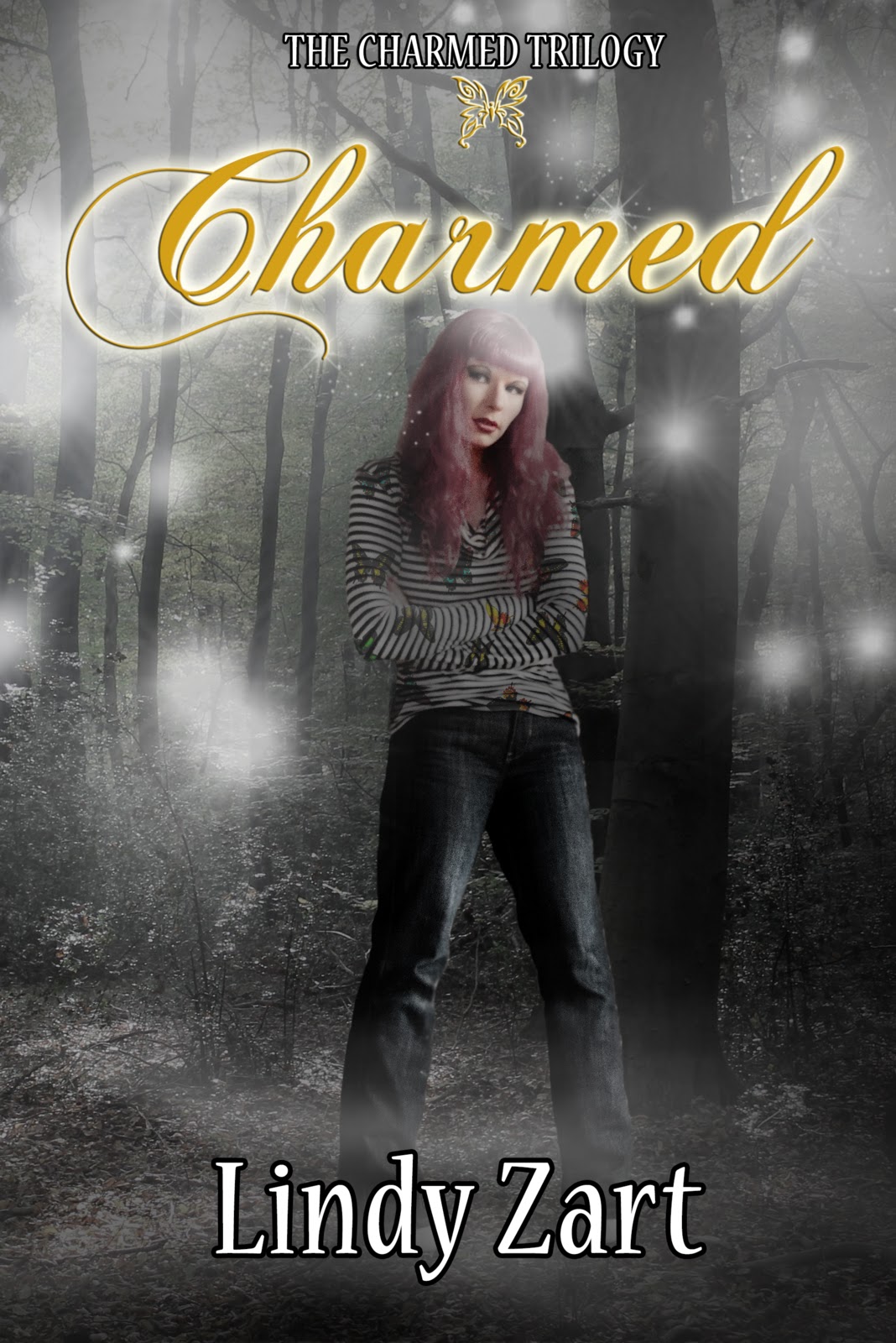 On the day Taryn turns eighteen her life changes. A black-eyed man with a chilly aura accosts her and she's abducted by a man who really isn't a man, but a Manang; half-man, half-angel.

She's told she's someone special; a Charmed, and the key to winning in a battle of worlds about to collide. Only problem is, she can be a weapon of good or a weapon of bad, depending on who gets to her first.

Excerpt:
I was posed in ‘ready to flee’ mode; legs apart, body slightly leaning forward, arms out. It could also be called ‘showdown’ mode. “No way. I don’t know you. I’m not going anywhere with you.”
The man’s eyes flashed, reminding me of an angry god with his too-perfect looks. “Are you sure that’s the way you want it?”
“Is that a trick question?” Unease clenched my stomach. What did that mean? What was he going to do to me?
I didn’t have a chance to figure it out before he was directly in front of me, gazing down at me like I’d been a naughty child and needed punishment. “Get. In. The. Car.”
“No.” My breath left me in little panicky bursts. Strangely enough, this was the first time someone had ever attempted to kidnap me. I decided I really didn’t like it.
The wind picked up, blew my hair around my face. I brushed it aside just as he reached for me. The thought of his hands on me sent chills up and down my back in a completely unlikable, undesirable way. Completely.
I backpedaled toward the car, raising my hands. “I’m going.” Eyes on him, I veered to the left, trying to run sideways. Bad idea. I spun on loose gravel, flailed my arms about, and he had to catch me so I didn’t end up on my face. The irony of that did not escape me.
Arms around me, his face close to mine, I saw humor in his eyes as he looked down at me. “Not the most graceful one, are you?”

I've been writing since I was a wee lass. I was reading before that; possibly while still in the womb. Don't think about that too much. I started out with short horror stories and poetry. I was terrible at it. The poems not so much, but the stories were awful. I decided to finish a book (and I DO mean finish--I'd started plenty throughout the years) when I was in my mid-twenties (so not that long ago because I'm young and will forever stay that way). Again, not my best work.

But that's the thing about writing; it improves with time. (It's also a good thing to know your work can't possibly be any worse than it was when you first started.) What I love most about writing is having people tell me how much they enjoy my work, how my writing touches them, makes them feel intensely. Bringing a reader to laughter or tears is a wonderful feeling for a writer, and no, I'm not sadistic. *insert evil laugh HERE* It means I got them to feel, to respond to something I created.

Also, I just like to make stuff up and put it down on paper. I have an endless supply of stories in my head; lots of stuff to share with the world. Happy Reading!